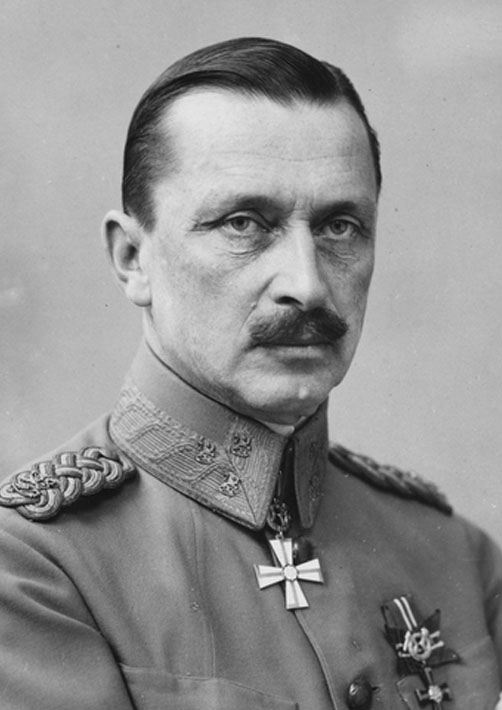 Gustaf Mannerheim 1919 (National Board of Antiquities)

Gustaf Mannerheim (1867–1951) was a general in the Russian Imperial Army, an explorer and then – during and after Finland’s struggle for independence – Commander-in-Chief in three wars and twice Head of State. During his own lifetime he became, alongside Sibelius, the best-known Finnish personage at home and abroad.

C.G.E. Mannerheim in the history of Finland