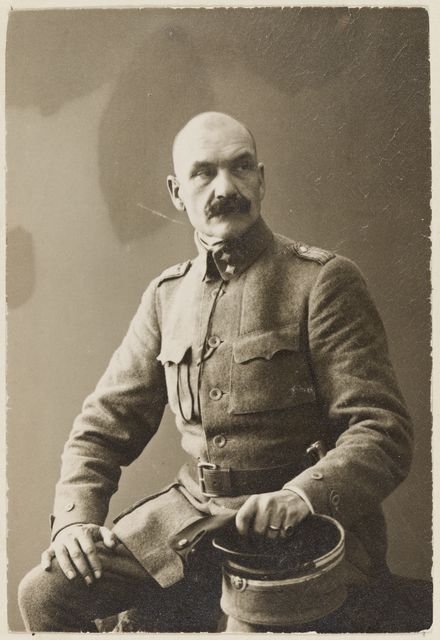 Akseli Gallen-Kallela during the Finnish Civil War 1918. (National Board of Antiquities)

In his own time, the painter Akseli Gallen-Kallela (1865–1931) was especially admired by Finnish nationalist circles. The visual style known as ‘national-romantic’ is mainly his creation. He became known to the public at large as the illustrator of two key works of Finnish literature, the Kalevala and Seitsemän veljestä (Seven Brothers). In the 1920s the supporters of the new, ‘modern’ art no longer appreciated Gallen-Kallela, but he later came to be admired for his versatility in particular