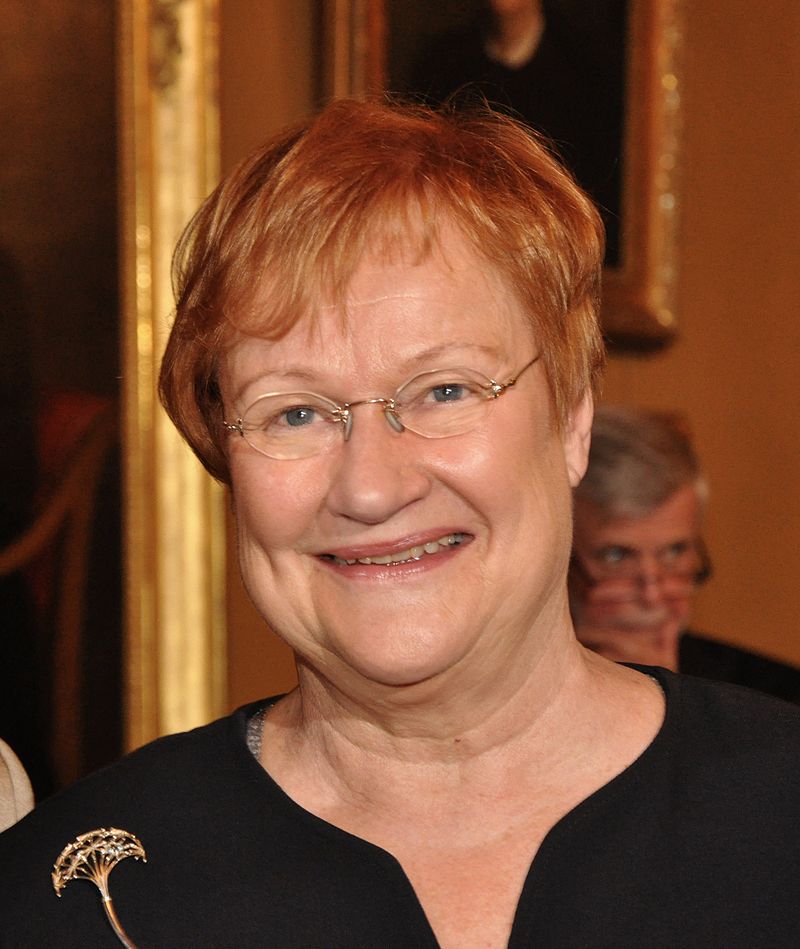 Tarja Halonen (1943–) was elected as the President of the Republic of Finland in February 2000. The first woman to hold the office, she is also the first elected president from the Helsinki region. Before her election, Halonen, who trained as a lawyer, had gained considerable experience from working as a Member of Parliament and as a minister, in addition to her exceptionally wide-ranging background in non-governmental organisations.